Debian GNU/Linux, the universal operating system was officially released in 16 August 1993 by Ian Murdock. To celebrate the birth day of Debian, open source community and enthusiasts gather together, which is known by the name Debian Day. Anyone is free to organize the event both virtually and physically. The main objective of the Day is celebration, so any strict rules and protocols are relaxed.

The free and open source users of south India planned to conduct the event in Kerala and Tamil Nadu. Due to unfortunate flood related issues in Kerala, the event was done through online. In Tamil Nadu, we organized the Day in Bishop Heber College of Trichy. From the entire making blueprint to bringing it in action was done by the students of BHC led by Ravishanker. Ash and Abraham Raji guided us in the process. I reached the spot with the help of Ravi on 16 August.

The event was to be simple but fun. Since it is organized in a college where it is highly possible that many are not aware of what Debian or Linux is, we shifted our focus from just celebrating Debian to celebrating by spreading awareness. Or in the other words, we wanted students and the audience to know what Debian is, about the free and open source software etc. 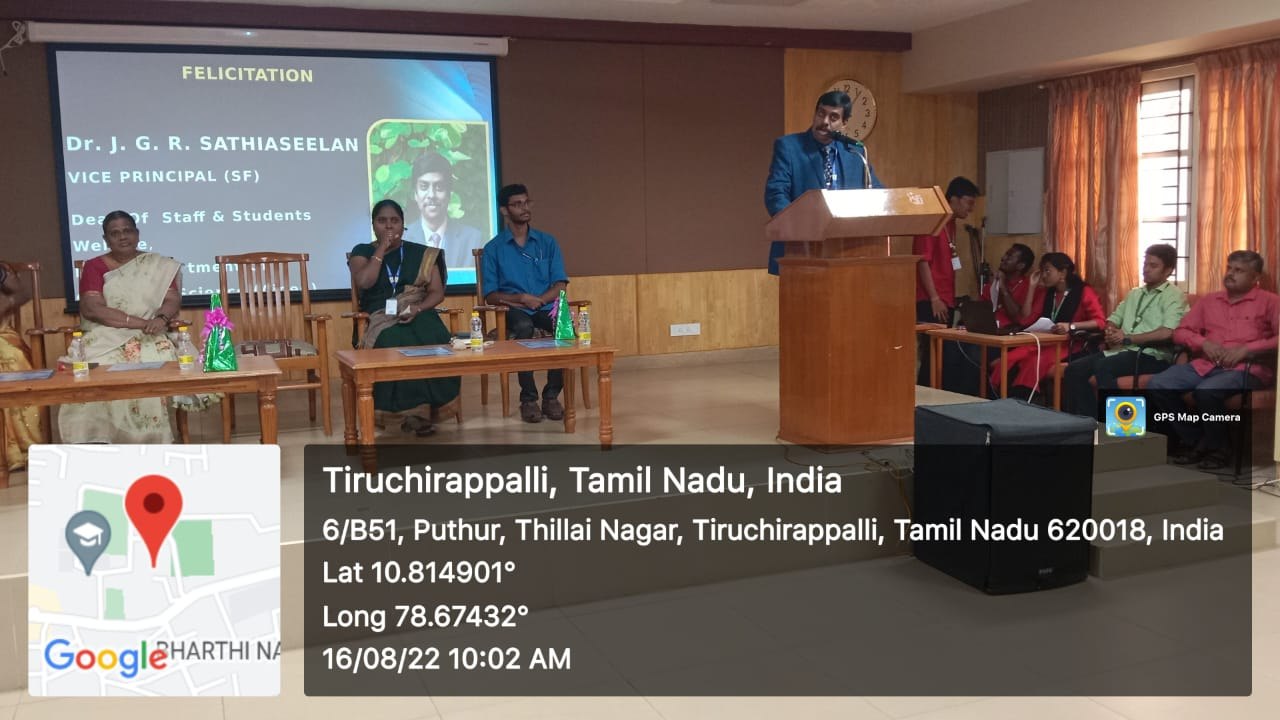 The Day with prayer song followed by welcome speech by the Vice Principal of BHC. He was such a lively person whose mere presence itself meant a big support. He said he spent a few hours last night on searching about Debian, dpkg etc. He was very happy to know that the event is organized by students who are involved in free and open source contributions during their studies itself. We then joined with the Principal of BHC who met us virtually and welcomed us to the event.

After his speech, Ravishanker presented a lightning talk on FOSS. He had a stuffed up presentation with memes and points that was successful in engaging the audience to the stage. 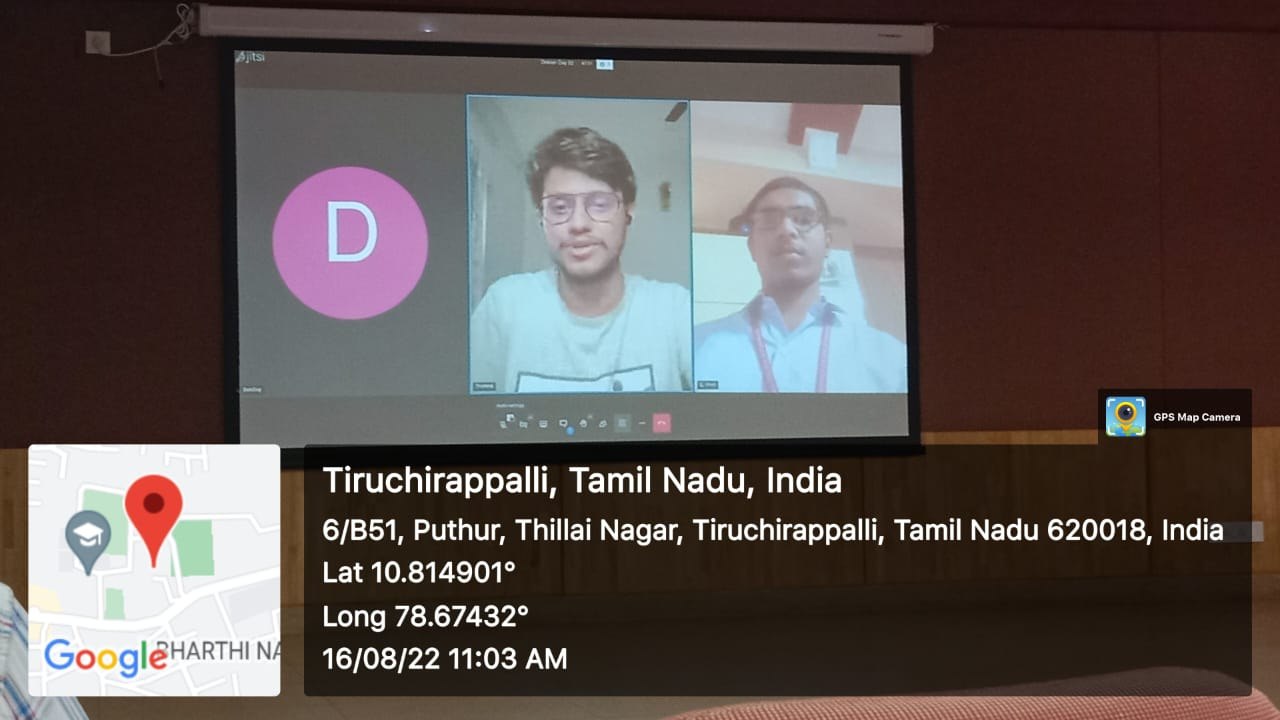 Following that, Trishiraj, the lead developer of CorvusOS joined us via online. Being a native of Tamil Nadu, he spoke in a mix of Tamil and English, which was highly useful because the audience felt his words. Trishi talked about his ROM, the Android Open Source Project and a layperson guide to contributions.

After this, I presented a speech on history of Debian to how to get started with it. I also included my personal history on how I got familiar with both FOSS and Debian.

We had a small tea-break which was followed by a talk by Kyle Robbertze, Debian Developer. Kyle joined us virtually and presented about the advantages of Debian, the contribution guide and etc. Kyle’s talk brought a lot of questions like aboutpackage management, Debian’s Salsa etc. Due to technical issues on our side, I attended the QA for him. The final event was an interactive quiz on FOSS. The questions were based on different spectrum of FOSS but from the user’s perspective. The last question was a Beat the Clock, with the question of naming as many as FOSS applications/projects as possible. We gave a small memento to the student who named the majority. 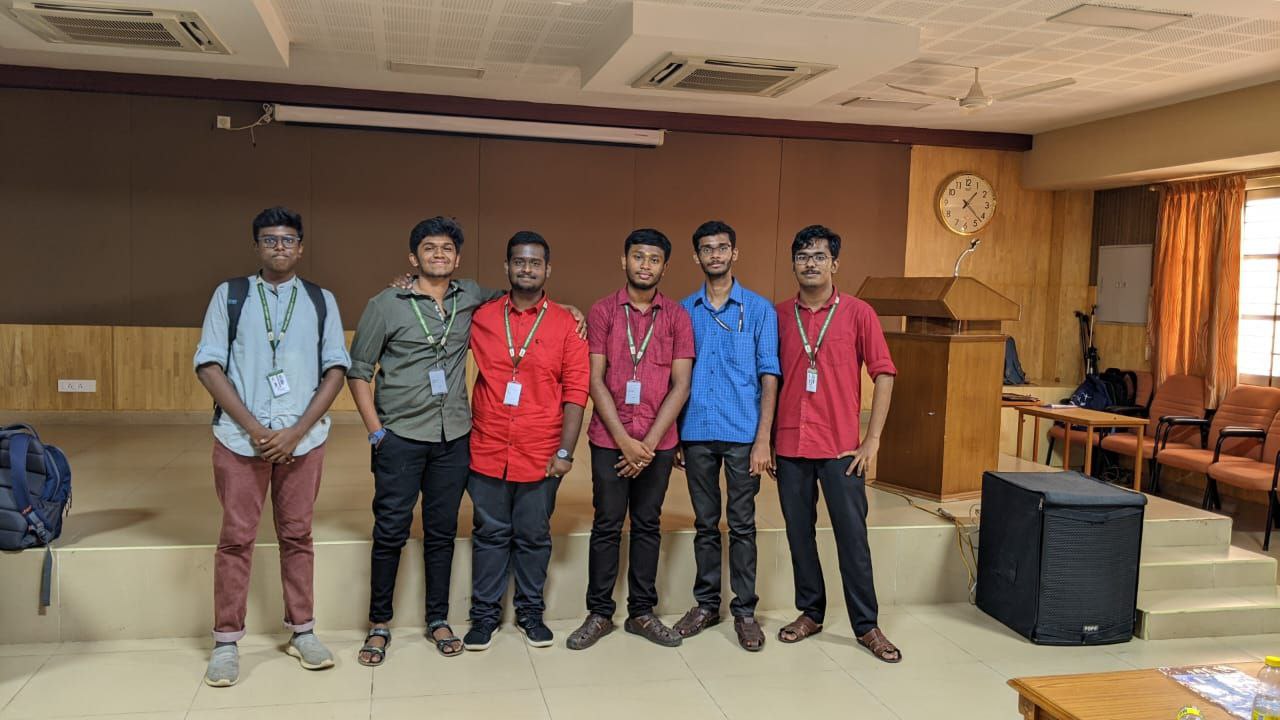 The Day was awesome. It was the first event we conducted both on our own and represented the Debian community (instead of students). The main target we set for the event was that we need to kindle a spark in the minds of students and staffs about Debian and FOSS. In that regard, the event is a grand success. We had the chance to meet the Vice Principal after the event and he was very happy for the Day. He was so inspired by Debian and the community that he said that they will and be welcoming to conduct more such events.

The Day could not have been possible without the FOSS community and so, it is neither you, nor me, it is us. We did it. Looking forward to join more such events in the coming days!